Alzheimer’s is an incredibly cruel disease which robs people of the dignity they deserve at the end of their life. It causes huge strain on sufferer's friends and family as they see their loved one's mental state deteriorate over time.

This year’s World Alzheimer’s Month hopes to shine a spotlight on the symptoms of the disease to help people spot the condition and get treatment early. Today’s blog takes a look at how you can identify the signs of dementia in yourself and those close to you.

Alzheimer’s is a degenerative disease that causes the sufferer's brain functions to deteriorate over time to the point where they can no longer look after themselves. It is a progressive disease, meaning the symptoms get worse and more debilitating over time. There is currently no cure for it.

Alzheimer’s is a physical disease caused by the build-up of plaques in the brain which prevent brain cells from being able to communicate with each other. This prevents the brain from processing information properly, with symptoms getting worse as these brain cells begin to die.

Alzheimer’s predominantly affects those in later life, specifically the over 65s. However, early-onset Alzheimer’s has been known to affect those in their 40s and 50s. While sufferers won’t die of the disease, it seriously compromises their quality of life and may cause other health issues that ultimately lead to their death.

Dementia is a general term given to a series of symptoms that affect the sufferer’s ability to mentally function. Symptoms include substantial memory loss, dramatic personality changes and difficulty forming language.

There are many different types of dementia which are caused by a variety of problems with the brain:

What is the difference between dementia and Alzheimer's?

There is a simple way of telling the difference between the two terms:

The specific causes of Alzheimer’s are still unclear. There is evidence to show that those who have a family history of the condition, untreated mental health problems or conditions relating to cardiovascular disease are more prone to developing Alzheimer’s. However, anyone can suffer from the disease.

There is also increasing evidence that those who have played a lot of sport requiring high-impact actions with the head are at higher risk from Alzheimer’s. High numbers of ex-professional footballers have suffered from some form of dementia, potentially linked with heading heavy footballs throughout their career. There have been similar links to playing rugby which are currently being researched. 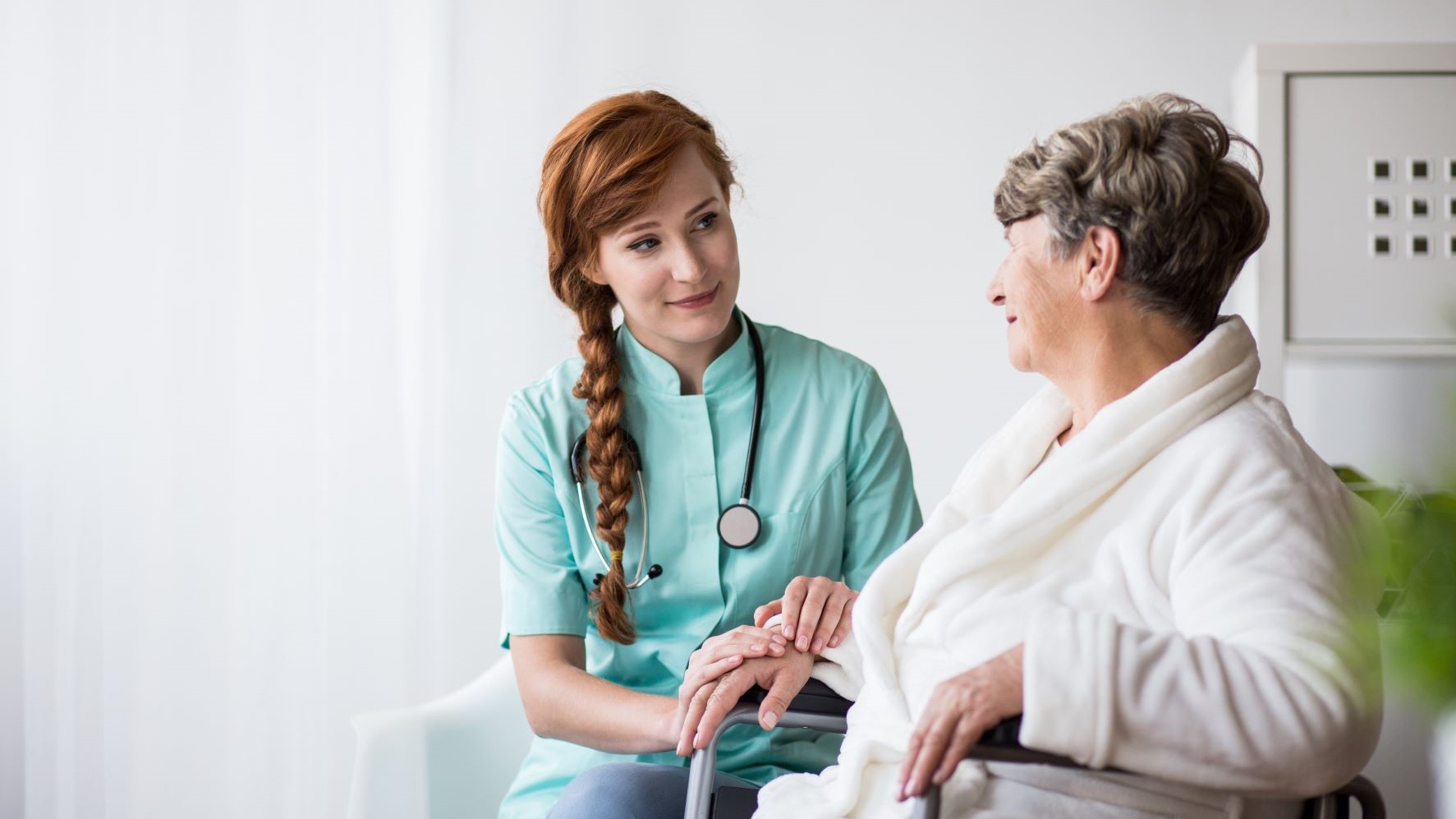 As Alzheimer’s gets worse over time, the symptoms will usually start off fairly minor before becoming more severe and frequent. The most obvious symptom is memory loss, but over time individuals may begin struggling with any number of the following:

Some of these symptoms could be a natural by-product of getting older. However, if problems are getting worse and affecting the sufferers ability to function day-to-day, it may be more serious. If you have any concerns you should speak to your GP.

What type of care is needed for dementia patients?

As their conditions get worse, dementia sufferers will need more care to help them get through the day. While at first they may be able to function almost as before, when sufferers begin to struggle with everyday tasks and become a danger to themselves, they may need 24/7 care.

Often, members of the sufferer’s family will become their full-time carer. This is an incredibly time consuming and physically draining responsibility for family members to take on. It may seriously compromise their ability to live their own lives, including the ability to work. For people taking on care responsibilities, the NHS provides plenty of guidance and support.

If full-time care from a family member isn’t possible, or the sufferer’s conditions require consistent medical supervision, individuals with Alzheimer’s may be required to go into a care home. Most care homes will have the personnel in place to help manage the dementia symptoms of their occupants. There are also specialised care homes for those with dementia.

What is World Alzheimer's Month?

World Alzheimer’s Month is an event which takes place every September. The fundamental purpose of this day is to raise awareness of the condition and increase people’s knowledge of the disease. All month-long there will be fundraisers happening to help support carers, as well as aiding the research being done by Alzheimer’s Research UK in finding new treatments and working towards a cure.

Is there a National Alzheimer's Day?

As well as World Alzheimer's Month, September also has World Alzheimer’s Day on the 21st September. In addition to raising further awareness of the disease and challenging stigma, this date sees the launch of the annual World Alzheimer Report. This years' report focuses Alzheimer's diagnosis, with an estimated 90% of cases still going undiagnosed globally.

At ESS, we are delighted to be Dementia Friends. This initiative from the Alzheimer's Society proves that our staff are aware of how dementia can affect people and shows that we do our bit to promote awareness of the disease. Learn more about becoming a Dementia Friend by visiting their website.

What qualifications do you need to work with dementia patients?

At ESS, we provide the NCFE Dementia Care course. This 3-month blended learning course will provide learners with a Level 2 qualification that proves they have an understanding of caring for sufferers of Alzheimer’s and other dementia conditions. The course is broken down into 7 units:

In addition to this qualification, we also provide the Dementia Awareness e-learning course. It is a great introduction to the symptoms of dementia and how it can affect individuals. This course is delivered entirely online and can be completed at a time and pace which works for the learner.

To explore the full range of training courses, NVQs and apprenticeships we have available, head over to our online course index. You can also contact us directly by calling 0115 8970 529 or emailing us at [email protected].